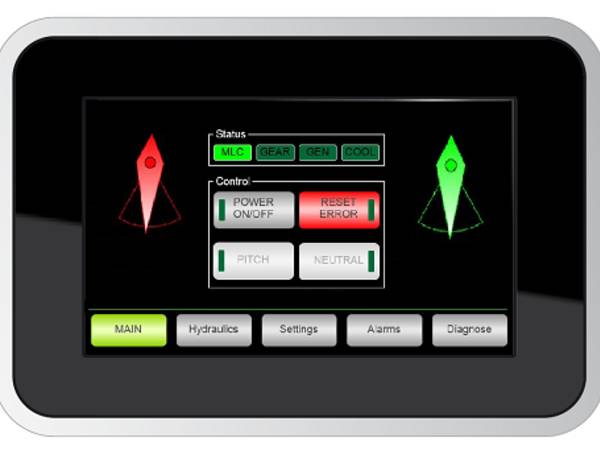 There is good news for yacht owners with an older generation stabilisation system on board. With DMS Holland’s new universal stabilisation operating system, known as the U-S-B, a somewhat dated roll damping system is now easy to upgrade and can still be used for years to come.

Universal control system
As an all-round stabilisation specialist, DMS Holland regularly receives requests to service stabilisers. When they realised that it was becoming increasingly more difficult for yacht owners to obtain spare parts for their systems, the idea for a universal control system came about. “Often the hardware components of these older stabilisation systems, such as the fins or the mechanical/hydraulic parts, are still in good condition and it is the operating system itself that is dated and causes malfunction. That old control system is often, for example,  the then revolutionary FAL124, a 19-inch rack with buttons and lights, produced by the former Koopnautic. It is made up of many proprietary parts that are no longer available and can no longer be repaired. To replace all mechanics/hydraulics because of a defective control system is nonsense and a total waste of resources and existing investment,” explains Arnold van Aken, Technical Director and Co-owner of DMS Holland.

Already sold 2 systems
“Since we decided to put the U-S-B on the market last September, we have already sold two systems. The first will be installed in March 2019 on a 24-metre yacht in the South of France and the second, which will also feature zero-speed functionality, will be installed on a 45 meter Benetti in Spain a month later. I anticipate that we have found a gap in the market with the U-S-B and that we can convert a latent market need into a specific demand,” says Patrick Noor, Commercial Director and Co-owner of DMS Holland.

More information is available at www.dmsholland.com or during Boot Düsseldorf in Hall 7A, stand 7AE23.