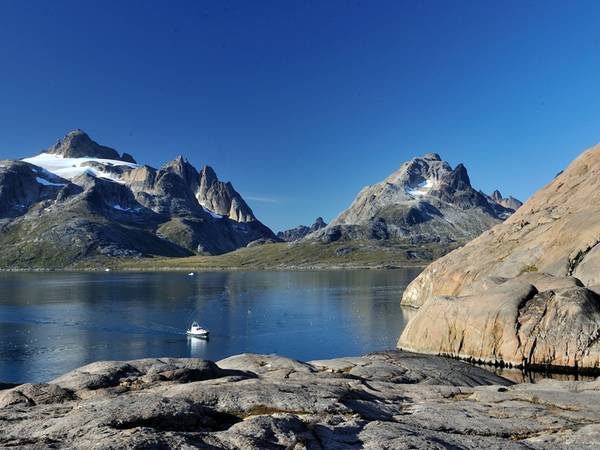 Three Braam brothers cross The Atlantic from The Netherlands to Fort Lauderdale, USA

They took this trip of almost 5000 NM in their No Limit 15.50 motorboat. No Limit Ships in Groningen, The Netherlands, builds motorboats since 1996. These are based on the concept of the ships used by the Dutch lifeboat service.

Built as professional workboats or as pleasure yachts for those skippers who expect ultimate safety, power and sturdiness. Founding father of the No Limit, Evert Stel, is a natural born water sports enthusiast. He designed and built several yachts in the past. He knows the ups and downs of the high seas from his own experience and this gave him in 1995 the idea to design a yacht with the same seaworthiness as a lifeboat. He designed and constructed his own first No Limit. Within a short time his design evolved, with the enthusiasm of his friend Piet Wierenga, into an international well known product.

Increasing interest from the USA and Canada gave us the idea to participate in the Fort Lauderdale Boat Show. World’s largest boat show and it attracts a large international crowd. Initially we wanted to transport the boat by freighter to the USA, but this proved to be costly. Edzard Braam, owner of the No Limit 15.50 “Four Seasons”, heard of our ideas. A long voyage, like an Atlantic crossing was on his bucket list. During the design and construction of his No Limit some changes for such a trip were already incorporated.

A crossing with a 15.50-meter motorboat is a challenge, to say the least. On advice of world sailor Henk de Velde the Northern routing was chosen. It’s the most unusual, longest and dangerous routing. When crossing by motorboat, the fuel consumption and the possibility to refuel is an important factor in trip planning. This Northerly routing gives several opportunities to refuel the diesel tanks.

After thorough preparations the crew departed August 7.  They reached their destination September 30. The experience was immense including severe weather and high waves. The crew describes it as “riding a rollercoaster”. But the No Limit “Four Seasons” arrived without problems. Highly respected and the achievement was acclaimed in the media. The website Nauticlink.com wrote: “ The Dutch Merchant still exists! No Limit sails to the USA.“

During the trip, daily reports and photos were published on the trip’s blog: http://nolimit-goes-usa.nolimitships.com . For more information on this special undertaking and trip, please contact: Mr. Hans Molenaar, No Limit Ships B.V. Phone: 00 31 651 784 344